The lights are caused by solar wind, where ions escape from the sun and float through the solar system, they are then caught in the Earth’s magnetic field, and as the ions travel towards the poles they collide, causing the amazing colours. Green colours are quite common, but reds, pinks, yellows and blues can also be seen. 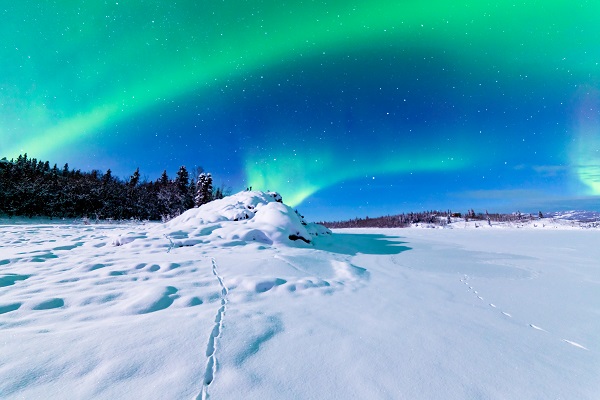 I had always been completely fascinated by pictures and videos of the Aurora Borealis, or the Northern Lights, and because 2013 was meant to be the best time to see the lights for eleven years, I decided to head off.

My first dilemma was which country to visit, as the lights can be seen from Scotland and sometimes even England, but you have a better chance to see them the further north you head. I decided to pick our destination based on price, flight distance (as we only had four days) and other traveller’s blogs and reviews. After some internet searching we found a fantastically competitive package deal for a trip to Iceland.

We booked the holiday which included flights, a great hotel, airport transfers, entry to the Northern Lights Museum in Reykjavik, and a Northern Lights tour. We booked a four day stay, and decided to book the optional Blue Lagoon visit on the advice of a friend who said it ‘was not to be missed’.

Everything went off without a hitch; however there are three things to be aware of when planning a trip to Iceland;

As soon as we landed in Iceland, I felt like I had arrived in some kind of winter wonderland. I have never seen landscapes more beautiful, and I immediately felt bad that I had only picked Iceland because of the Northern Lights.

After arriving at our hotel, we decided to wonder through the main shopping streets of Reykjavik, and as it started to snow again we shopped for Christmas decorations and stopped at some great cafes. As we wondered, we came to the end of the road and were suddenly greeted by a beautiful lake framed by spectacular mountains. Overlooking the peaceful scene was a Viking boat sculpture made of metal, which reflected the landscape and seemed to fit in perfectly. This will now remain my ‘peaceful place’. 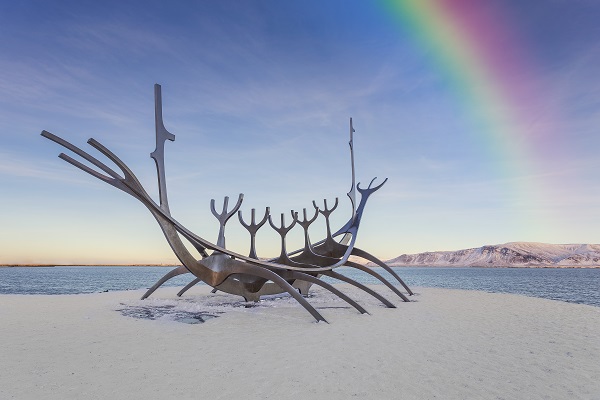 On our third day we visited the Blue Lagoon. As I mentioned above, we only booked this on the advice of our friend who said we would love it, however I had my reservations and I was worried that it would be absolutely packed with tourists. I have to say that it was the best day of the entire trip, and I would recommend everyone to visit the Lagoon. We arrived early and were greeted with fluffy robes, towels and drinks vouchers. The whole experience was totally bizarre; I stepped into the -2°c air in only a swimming costume, and hastily took some pictures before running to the water. 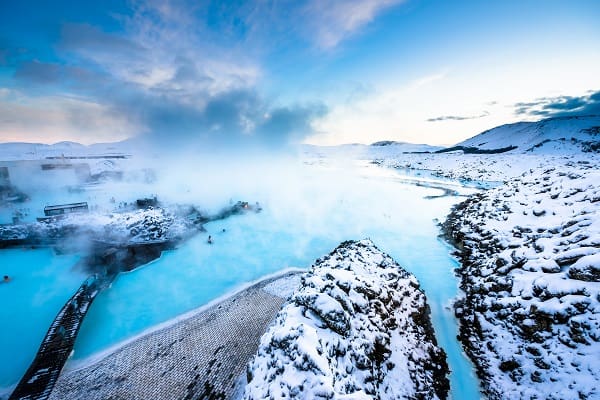 The lagoon is an amazing blue colour due to the algae and high salt content in the water and the natural pool is heated by geezers which spurt hot water. The water can reach up to 40°c degrees in some areas, so the mix of temperatures is really quite amazing, and as we spam past snow covered rocks with a back drop of mountains, I felt like I had walked into something from Lord of the Rings! Dotted around the lagoon are baskets filled with volcanic mud, and naturally we decided to cake ourselves in it, and I have to say my skin has never felt softer! The only thing to beware of is that the high salt content will leave long hair feeling less than soft for a few washes.

Now it is time to discuss the Northern Lights tour. On our second night we joined a coach full of travellers at 10pm in search of the Lights, we drove far away from any light pollution and into the pitch black of the mountainous areas. As we drove, everyone waited with baited breath for a glimpse of colour in the sky. Just as I was starting to node off around 1am, we were summoned off the coach into the -5°c wind. I glanced into the black sky, and could just make out a greeny cloud, almost like the orangey clouds at sunset, however within seconds the colour had vanished. Unfortunately we had caught the very end of the lights show. Our tour company very kindly offered us a free ticket for the next tour on our last night, but that was cancelled due to cloud cover. 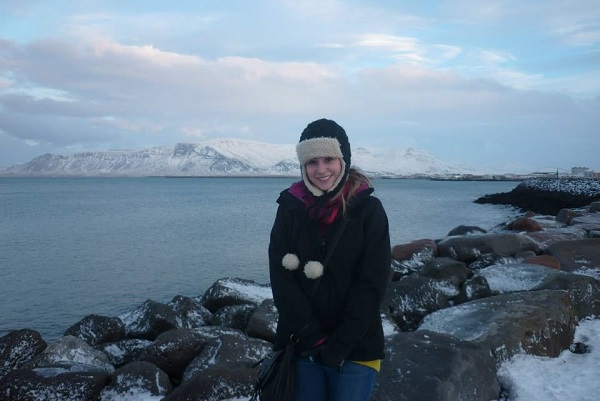 Therefore, I can’t really tick the Northern Lights off my bucket list; however I don’t want to send this story on a low because I wasn’t disappointed. This has given me an excuse to return to Iceland again, and perhaps to even venture further north to somewhere like Canada. Iceland has become the destination to see the Northern Lights, however anyone visiting should take time to appreciate the fantastic place that it really is – and next time I plan to visit the Golden Circle, stay in an ice hotel and do some Husky Dog Sleighing! Fingers crossed I will spot a full lights show during my next trip.

*Please note, Holidaysafe's online prices automatically include a 15% discount against our Customer Service Centre prices. This code entitles you to an additional 5% off your policy, and is a discount from the base price, not including the additional cost of optional extensions or any additional medical premium.
Share this page: