With every new ski season comes the same hotly debated topic; should skiers and snowboarders wear helmets whilst participating on the slopes, and should it be mandatory. This issue has been discussed for many years, so let’s talk about ski helmets…why should you wear one? Why are people so against them? What do the experts think? In the article below we aim to give a balanced view of the arguments and research involved so you can make an informed decision about your personal safety on the slopes. 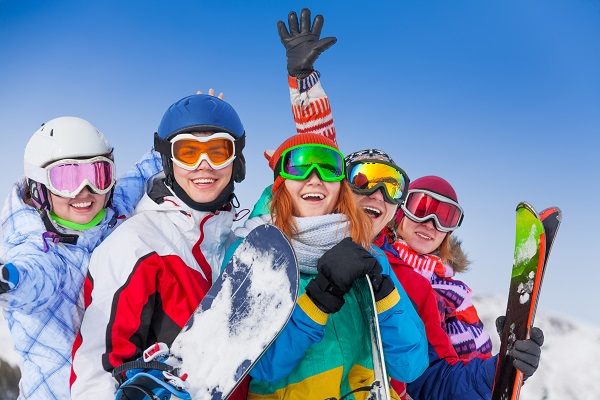 The unfortunate death of the actress Natasha Richardson in 2009 after a fall on a beginners run brought the argument into our living rooms. This is when the debate really began to gather force, especially in the national press, because the death was so tragic, and (some argue) could potentially have been avoided if the actress was wearing a helmet.

Many institutes have carried out extensive research on the use, practicalities and effectiveness of ski helmets, including

The University of Innsbruck has carried out research which shows that ski helmets can reduce head injuries by 35% in adults and 59% in children under 13.This explains why many popular ski destinations, including Austria, have made helmets compulsory for children; however adults don’t seem to be following the trend.

Other studies have shown that:

These statistics led researchers to argue that the wearing of helmets would be beneficial, and that it should be compulsory. After all, as the research suggests, not only do skiers have to worry about staying upright and keeping control, they also have to worry about other skiers losing control and potentially colliding with them.

Nevertheless, many people are firmly against the use of ski helmets, their main arguments include:

However, the research that has been carried out in the wearing of helmets actually shows that more skilled skiers wear helmets than unskilled and conclude that wearing a helmet is actually associated with a higher level of skill than a higher level of risk taking.

It is their conclusion that wearing helmets should be made routine.

The Ski Club of Great Britain recommends that children under 13 should wear helmets, but that adults should use their own discretion.

A higher proportion of snowboarders than skiers wear helmets, probably because they have become part of the snowboarders ‘look’ and have become more streamlined and colourful in keeping with the rest of their attire.

For many experienced skiers however, the wearing of helmets takes away that primary thrill of feeling the cold wind on your face and in your hair as you ski down the mountain.

Staying safe on the slopes

Our advice would be to always take care when on the slopes. Head injuries are not the only accident that can happen when skiing or snowboarding.

We have a specialist winter sports travel insurance policy which comes at an affordable price. This makes sure you are covered for piste rescue, piste closure, ski packs and much more with cover starting from  just £10.64*.

Find out more about our winter sports insurance cover.