For many, no holiday is complete without the odd drink, from a pool side pina colada to a malt whiskey to keep you warm on those winter breaks; there is something for every palate.While the temptation may be to drink more than you usually would (it is a holiday after all) there are a few things you should bear in mind before hitting the bar. 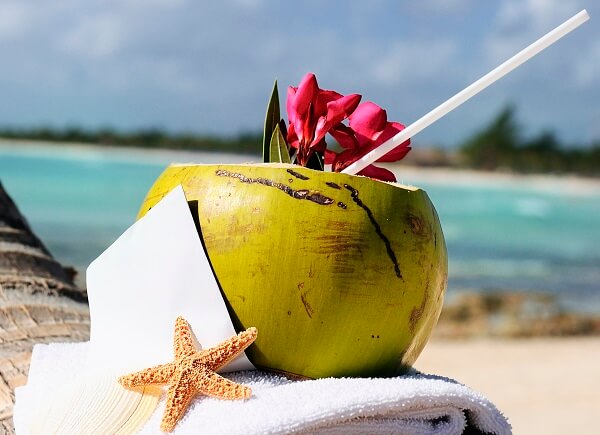 For the most part the weather in the UK is generally dull. This means the risk of becoming dehydrated from drinking in the sun is not something we usually worry about, aside from the brief hot spells in the summer months.

However, dehydration is something which can become extremely dangerous in hotter climates. Although it’s a liquid, alcohol actually makes you more dehydrated so it is important to drink water at regular intervals.

Respect the local laws and customs

Travelling is all about experiencing local customs, but with this experience comes a level of responsibility to show respect. Laws will vary dramatically in different countries and something which is legal in one could see you facing prison in another. Research the local laws and etiquette before travelling to avoid any unnecessary embarrassment or legal issues.

Local drinks from around the world

One of the most exciting aspects of backpacking (and any kid of travelling) is experiencing new cultures and customs first hand. And what better way to do that than indulging in the local specialities.

Every country has their own national drink, albeit their own take on a classic. To help you make the rounds and try what the world has to offer, we have compiled a handy little breakdown of the top tipples from around the world.

France has long been renowned for its excellent cuisine and the drink available is no exception. Most commonly associated with the production of wine and champagne, France offers much more than the odd bottle of plonk.

Absinthe – Banned for almost a century, this once controversial drink was invented by a French doctor by the name of Pierre Ordinaire in 1792, just after the French revolution. Originally created as a medical treatment and used for everything from curing Epilepsy to headaches, it soon became a firm favourite for Parisians.

No longer used in medical treatments, it is a piece of French history which should not be missed if you find yourself exploring the old streets of Paris.

Be warned, drinking too much is more likely to cause a headache than cure one!

Cognac – Named after the town it originated from, Cognac is a variety of brandy. Although not particularly popular with the French population, surprisingly it is a firm favourite with Asia, with much of the produce being shipped internationally.

If you visit a traditional Cognac house, you may be lucky enough to step inside the exclusive underground storehouse which plays host to the oldest and most valuable vintages.

Vodka – When you think of Russia you think of Vodka, and they take their national drink very seriously. Generally a staple for toasting at any celebration or occasion be prepared to drink a lot if visiting Russia. Unlike the west, Russians tend not to mix their vodka instead drinking it straight.

Men are expected to down their shots in one, while woman are generally excused. Should you find yourself drinking with the locals, never leave an empty vodka bottle on the table, empty bottles must be placed on the floor.

Samogon – Overshadowed by the Russian reputation for vodka, if you travel outside of the cities you will find the drink of choice for the majority of Russians is Samogon.

A type of moonshine, it comes in a variety of flavours all proving to be extremely strong. While we would advise to stay away from this atomic homebrew, there is a commercial brand available in bars called “Kosogorov Samogon” which is fighting for shelf space against its rival vodka.

Tequila – When most of us think of tequila we think of shots with salt and a slice of lime, but tequila connoisseurs will tell you how it should be sipped and savoured to enjoy the taste. By law tequila can only be produced in the Mexican state of Jalisco. This preserves the authenticity of the recipe and taste.

Chances are you won’t have to go out of your way to find good tequila when in Mexico as a national favourite you will see your fair share.

Mekhong – Thailand is renowned for its love of whiskey and with many available you will be spoilt for choice. Thailand’s first domestically produced golden spirit; it was put into production in 1941 and has since become the most popular branded drink in Thailand.

Despite being classified as a whiskey, the spirit is actually much closer to rum. Often used as the main ingredient in the infamous “Buckets” (a small metal bucket filled with ice, mixers, alcohol and a handful of straws to share).

Some countries have strict laws on alcohol consumption, specifically where you can drink. As always you should research you destination beforehand to get the most out of your adventure.