We would like to thank Amber and Holidaysafe for all their support in the last two years throughout our extreme challenge walks in Rhodes for The Steve Prescott Foundation.

In 2015 we completed the full Rhodes east coast walk in three days from August 3rd to August 5th. We decided to walk in August as we wanted to face the most extreme heat and humidity. During the lead up to the challenge walk Gaynor lost 9.5st going from a size 22 to a 12 as she was inspired by Steve Prescott to change her life and take on this challenge. 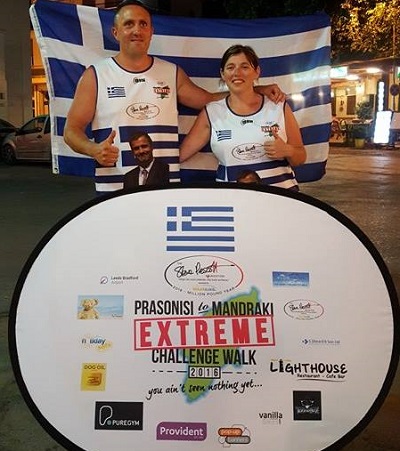 Through the extreme challenge walk we would also promote the island we love – Rhodes.

We were awarded by the Greek government for our promotion of Rhodes through the extreme challenge walks in the last two years and were both presented with official commendations. 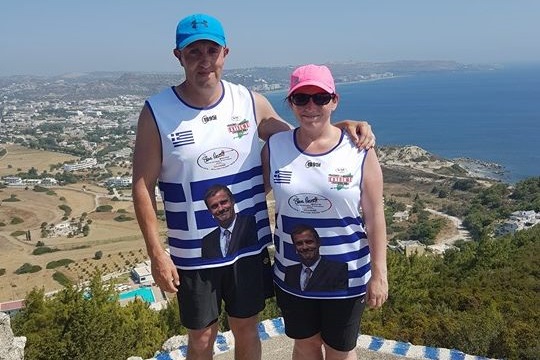 Please follow the below links which contain our full story;

During this year’s two day extreme challenge walk we had to see through the eyes of Steve Prescott. There is only the inspiration that is Steve Prescott that gets us through what we do. Please watch this video so you can understand why we do what we do.

On completion of the two day extreme challenge walk discussions started immediately between us both as many people in the UK and in Rhodes said we could not go any further with this. Many people saw the two days as “the impossible challenge” walking in the most intense heat and humidity of the summer.

We have both agreed that there is one final chapter that we must face in 2017. 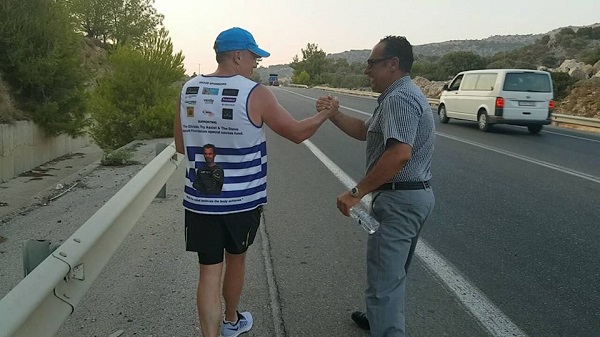