We recently heard the following saying:

“Driving a car is like watching a movie, whereas riding a motorbike is like being in one.”

Here at Holidaysafe HQ this got us inspired to plan our next Motorcycle tour, so we’ve listed our favourite motorcycle road trip destinations. 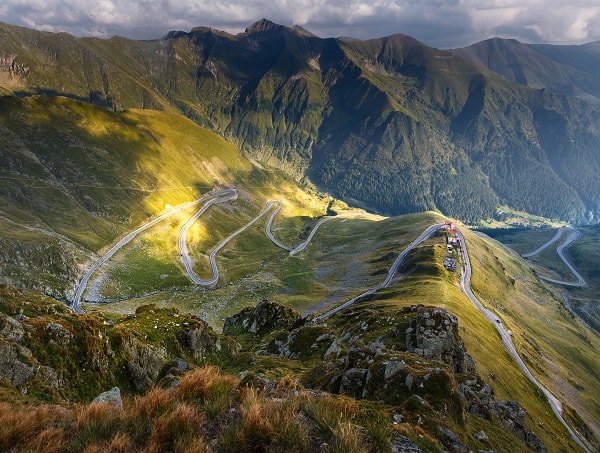 One of the longest routes on our list at 150km and is extremely well known since it’s appearance on Top Gear back in 2009.

The highest point is 2042 metres and was built from 1970-1974 in order to create a strategic route to ferry troops north in case Romania was invaded by the USSR.

The route is only open between June until October so you need to ensure you plan well if this is one of many routes during your trip.

We also recommend leaving a couple of days to complete the highway as there is a lot to see along the way as well as enjoying the ride.

The Cat and Fiddle Run, England 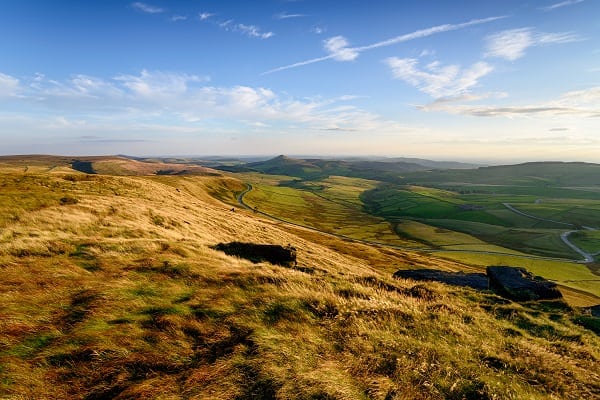 This 11km long road is in-between Buxton, Derbyshire and Macclesfield, Cheshire and is named after the pub at its summit – The Cat and Fiddle Inn.

Famous for it’s views across Greater Manchester, the Cheshire Plain and the Peak District National Park as well as it’s many bends.

It is known as one of the most dangerous roads in the UK due to its popularity within the bike community and because of this the speed has since been restricted to 50mph following many major crashes.

Concentration is said to be the key due to the many corners that get tighter as you ascend to the pub. 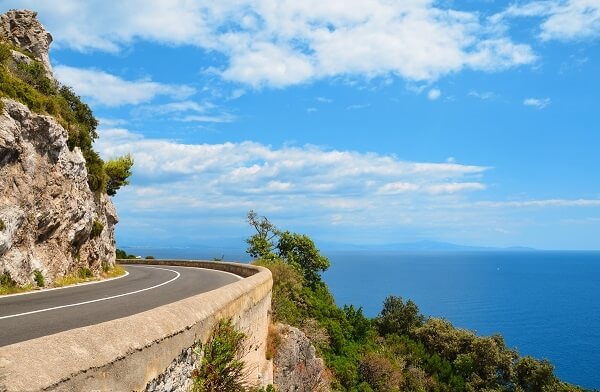 Also called the “Amalfi Drive,” the coastal route south from Sorrento is one of the most beautiful in Europe.

Stretching out for 50km and known as the Road of a Thousand Bends, we would not recommend this ride in summer due to the many tourists. Locals suggest the best time to ride this route is between September-October and May.

The coast itself has been named as a UNESCO World Heritage site back in 1997, so if you love scenery, this is the ride for you.

The route is famous for being winding, narrow and challenging and having beautiful views of which we cannot deny. 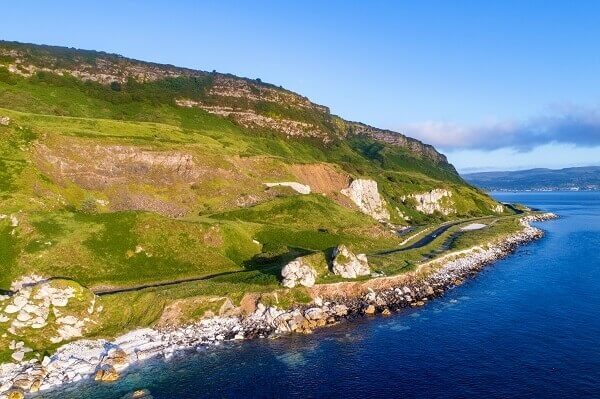 Also known as the A2, beginning in Newry, County Down and heading North East through Warrenpoint, Rostrevor and Kilkeel.

At just over 96km it is a decent stretch and is the part of the well renowned NW200 race.

The road was built between 1832-1842 following William Bald’s vision of having the road at the foot of the cliffs.

Following some major fall of rocks along the road, in the late 60’s the council started work to build a new road, 100 feet on the seaward side of the original one which was finished in 1970. 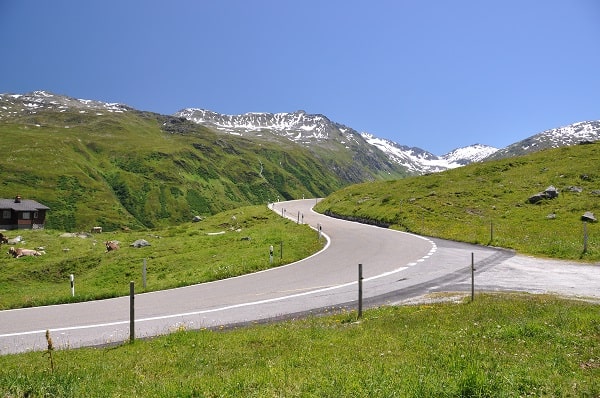 Running between Gletsch and Andermatt in Switzerland, you may remember this stretch of road from the James Bond film, Goldfinger.

Since 1982 when the tunnel was built at 2,100 metres, bikers have the majority of the top section to themselves.

Beware of ice on the road, but ensure you pause at 2,431 meters to take in the view of the glacier.

This is known as the road for ‘boy racers’ with numerous crash barriers along the way, so keep your eyes open!

Now that you’ve picked your next tour destination, just make sure you purchase quality travel insurance to protect you and your kit against any unexpected holiday disasters. Visit our dedicated motorcycle page for more information on our specialist range of policies, which have been tailored for bikers like you!