Top 10 Golf Courses in the World

Need inspiration for your next golf destination? We’ve listed our top 10 favourite golf courses in the world, to add to your travel bucket lists. 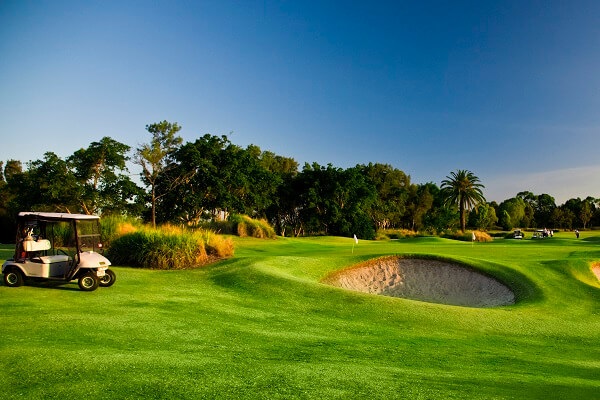 Home of the US’s most famous golf tournament each spring; the Masters, the Augusta National Golf Club is a fantastic place to tee off. The course also boasts three of the sport’s toughest holes, the 11th, 12th and 13th holes known as ‘Amen Corner’.

A private club but in a beautiful setting; south of Pebble beach in California’s stunning Big Sur country. Designed by the same architect as the Augusta National, Cypress Point boasts an 18 hole course and rolling fairways.

Founded in 1744, Muirfield is the oldest golfing society in the world, making it a must visit for any golfing enthusiast. Jack Nicklaus actually won his first British Open here, and now many golfers consider the club to be a true test of their ability.

Apart from Augusta National, Oakmont has hosted more major championships than any other course in the US, and is widely considered to be the toughest course in the world. In fact, it is rumoured that the greens are actually slowed down ahead of national championships, as they are really (really) fast!

Pine Valley is set in picturesque woodland, but its remote beauty unfortunately makes it extremely hard to find. The club was founded in 1913, and has been extremely private and mysterious ever since – but, if you can find it, it is widely believed to be one of the finest courses in the world.

The 100+ year old Royal County Down Golf Club offers not one but two 18 hole courses; ‘the Championship’ and ‘the Annesley’. Set between the mountains of Mourne and the Irish Sea, the club’s setting is truly stunning, but the sea wind adds to the difficulty.

Every year professional and amateur golfers make a pilgrimage to the remote Royal Dornoch course, which perfectly captures the wild beauty of Scotland. The course was officially founded in 1877, but records suggest that golf was played in Dornoch as far back as 1616, making it the third oldest course in the world.

The only course outside of the UK and US which made our top 10, the Royal Melbourne is a private club which offers two 18 hole courses; East and West. In 1959 the club held the Canada Cup (now called the World Cup), which began a tradition of merging the two courses for special events and tournaments.

Shinnecock Hills is a place of firsts for the sport, for example it was the first course to admit female members. The rolling terrain offers plenty of variety throughout the game, and the winds from the Atlantic Ocean add an extra layer of challenge to this private course.

Golf has been played here since the 15th century, making it one of the most famous courses in the world. As well as the beautiful ‘Old Course’, there are also four more 18 hole courses, one 9 hole course and a practice centre for all abilities available. All course are open to the public, but make sure you’ve made a reservation to avoid disappointment.

If you’re planning a golf trip, just remember to invest in quality travel insurance to protect you, your trip and your equipment against any unexpected holiday disasters. Visit our golf travel insurance page for more information and a free quotation.