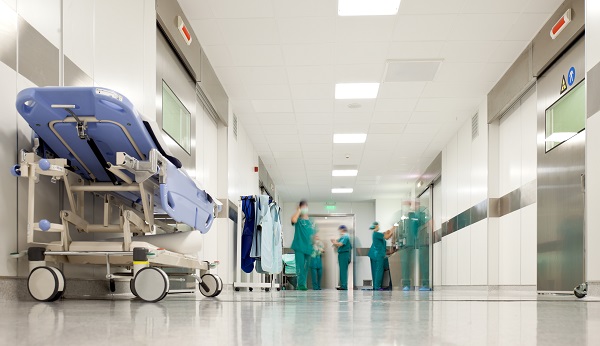 At Holidaysafe we pride ourselves on being transparent with our customers and, following some recent track event debates concerning hospital treatment abroad, we wanted to clarify our position, policies and procedures for our customers.

If you have any questions, please feel free to email website@holidaysafe.co.uk and we’ll do our best to answer your queries.

END_OF_DOCUMENT_TOKEN_TO_BE_REPLACED

How to Plan a Flawless Last-Minute Motorcycle Trip

Motorcycle holidays are the perfect last-minute trip, as you can simply jump on your bike and go! To ensure you have a fantastic motorcycle trip, just follow the top tips below from our touring experts;

END_OF_DOCUMENT_TOKEN_TO_BE_REPLACED

If you’re planning a golf trip, we’ve collated expert tips to ensure it goes without a hitch.

END_OF_DOCUMENT_TOKEN_TO_BE_REPLACED

Top 10 Golf Courses in the World

Need inspiration for your next golf destination? We’ve listed our top 10 favourite golf courses in the world, to add to your travel bucket lists.

Home of the US’s most famous golf tournament each spring; the Masters, the Augusta National Golf Club is a fantastic place to tee off. The course also boasts three of the sport’s toughest holes, the 11th, 12th and 13th holes known as ‘Amen Corner’.

A private club but in a beautiful setting; south of Pebble beach in California’s stunning Big Sur country. Designed by the same architect as the Augusta National, Cypress Point boasts an 18 hole course and rolling fairways.

Founded in 1744, Muirfield is the oldest golfing society in the world, making it a must visit for any golfing enthusiast. Jack Nicklaus actually won his first British Open here, and now many golfers consider the club to be a true test of their ability.

Apart from Augusta National, Oakmont has hosted more major championships than any other course in the US, and is widely considered to be the toughest course in the world. In fact, it is rumoured that the greens are actually slowed down ahead of national championships, as they are really (really) fast!

Pine Valley is set in picturesque woodland, but its remote beauty unfortunately makes it extremely hard to find. The club was founded in 1913, and has been extremely private and mysterious ever since – but, if you can find it, it is widely believed to be one of the finest courses in the world.

The 100+ year old Royal County Down Golf Club offers not one but two 18 hole courses; ‘the Championship’ and ‘the Annesley’. Set between the mountains of Mourne and the Irish Sea, the club’s setting is truly stunning, but the sea wind adds to the difficulty.

Every year professional and amateur golfers make a pilgrimage to the remote Royal Dornoch course, which perfectly captures the wild beauty of Scotland. The course was officially founded in 1877, but records suggest that golf was played in Dornoch as far back as 1616, making it the third oldest course in the world.

The only course outside of the UK and US which made our top 10, the Royal Melbourne is a private club which offers two 18 hole courses; East and West. In 1959 the club held the Canada Cup (now called the World Cup), which began a tradition of merging the two courses for special events and tournaments.

Shinnecock Hills is a place of firsts for the sport, for example it was the first course to admit female members. The rolling terrain offers plenty of variety throughout the game, and the winds from the Atlantic Ocean add an extra layer of challenge to this private course.

Golf has been played here since the 15th century, making it one of the most famous courses in the world. As well as the beautiful ‘Old Course’, there are also four more 18 hole courses, one 9 hole course and a practice centre for all abilities available. All course are open to the public, but make sure you’ve made a reservation to avoid disappointment.

If you’re planning a golf trip, just remember to invest in quality travel insurance to protect you, your trip and your equipment against any unexpected holiday disasters. Visit our golf travel insurance page for more information and a free quotation.

Cycling holidays and tours are a fantastic way to really explore everything a destination has to offer, from tiny quaint back streets to stunning mountain views. Whether you’re looking for a new challenge, to indulge your cycling passion, or simply a change from a regular beach holiday, we’ve got tips to ensure you have the perfect cycling trip.

It’s completely up to you – many people find a scheduled tour with other riders much more fun and relaxing than trying to plan a route themselves, whereas others prefer to get going on solo adventures. If this is your first tour it might be worth booking with an operator to get the experience, then you can book future solo trips. There are a whole wealth of tours available all over the world, so do some research and find the best one to suit your passions and budget.

The fitness level required for your trip will totally depend on the terrain you plan to ride on and the distance you want to travel each day. To avoid any mishaps (and dreaded saddle sores), make sure you prepare for your trip by practicing, for example riding to work is great preparation for a city tour, whereas mountain biking at weekends will be better for on and off road adventure preparations.

If you have a bike that you’re comfortable with, that you service regularly and that is in good condition, it will probably be better to take it with you as opposed to hiring one when you arrive. However, you can always enquire with the tour company to see if you can rent equipment locally or from them – just make sure they’re of a good standard, otherwise your whole trip could be over before you even get started. If you do take your own bike, make sure you tell the airline ahead of time, so you know whether you have to pay a flat fee, or if it’s included in your baggage allowance.

Whether you take your own bike or rent one, it’s always a good idea to do some quick research on bike repairs, it shouldn’t take long but will save time on your trip should something happen.  The basics to read up on include changing tubes, repairing punctures, replacing chains and adjusting brakes.

Remember that a helmet is an investment, especially when cycling abroad, so make sure you get a good one! Choose shoes and clothes depending on the weather and terrain in your chosen destination,  but make sure you get base layers, gloves, lycra shorts (to wear under your baggy shorts) and good quality shoes.

Every year thousands of people get on airplanes and head off on sporting or activity holidays abroad. Most sports equipment is not allowed to be carried as hand luggage on an aircraft, so must be checked in as luggage. To make sure your equipment arrives safely and unscathed during the flight, here are our top tips for packing and travelling with sporting equipment;

Typically, there are two types of sporting holidays;

Whichever holiday you are planning, it is absolutely vital that you invest in quality travel insurance before you depart.

Here are our top tips for buying affordable and quality Sports Travel Insurance;

When you buy any travel insurance policy you should check that;